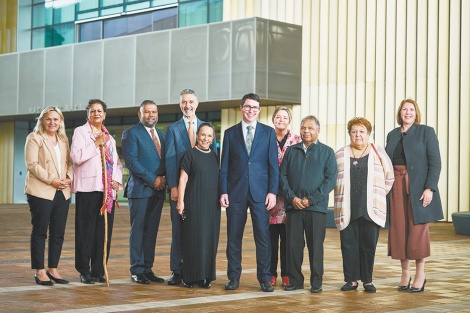 LONGSTANDING plans to build a nationally-significant Aboriginal Cultural Centre in Perth got a positive sign this week with federal Labor pledging $50 million towards it they win office.

The Morrison government pitched in $2 million for planning the centre as part of the Perth City Deal, and the McGowan state government committed $52m towards it at the 2021 state election.

Federal Perth MP Patrick Gorman has been advocating for an ACC in Perth and welcomed the funding pledge.

“The Aboriginal Cultural Centre will be the Sydney Opera House of the West Coast. It will be the place everyone wants to visit when they come to Perth,” he said in the announcement.

“For the people of Perth, the centre will be a source of pride and occupy a place of prominence on the banks of the Derbarl Yerrigan.”

A location is yet to be decided.

A Whadjuk-led steering committee held its first meeting in April to tour potential sites, and the location will likely be along the foreshore as the centre aims to “commemorate the ongoing connections to the Derbarl Yerrigan” (Swan River).

The committee is due to meet again in June.

One response to “Labor pledges $2m for indigenous centre”