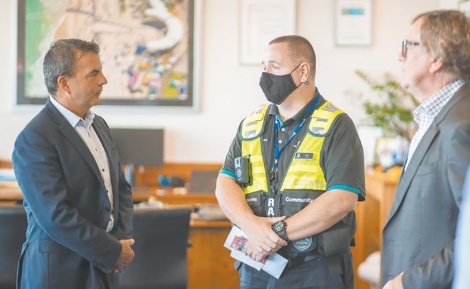 A STIRLING council ranger proved a welcome sight recently when he came across a woman needing urgent medical help.

“every now and then, whilst we are going about the business of local government, extraordinary circumstances can arise.

“Darren, a new ranger with the city’s Community Safety team, was mid-way through his lunch break near a city reserve when he saw a young woman fighting for her life.”

Mr Anderson performed CPR for half an hour until the ambulance arrived and managed the family and community members attempting to help.

“His background as a police officer in the United Kingdom and extensive training served him well, and no doubt saved her life. We recognise his calmness under extreme pressure, and his service to the community,” Mr Irwin said.