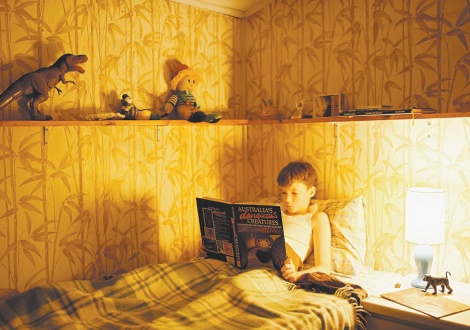 A NOSTALGIC peek at life during the school holidays in the Bassendean burbs is one of the highlights of this year’s Revelation Perth International Film Festival.

Captured on 16mm film, Bassendream whisks us back to the massive backyards and endless summers of our youth, capturing the last day of the school holidays in Perth in the 1990s. Accompanied by classic songs from the era, we follow the neighbourhood kids as they freewheel through the day, enjoying one last innocent summer before coming of age.

Bassendream is Perth director Tim Barretto’s debut feature film and has taken the critics by storm.

“The film is a loose reimagining of my childhood growing up in Bassendean in the 1990s,” he says.

“I’m a third generation Bassendean kid and many of my family still live there.

“Over the years I’ve invited friends and family who grew up in the neighbourhood to share stories from the time. The script has evolved out of a kind of communal remembering with lots of contributions and inspirations.

“Robert Altman’s Short Cuts and Paul Thomas Anderson’s Magnolia were big inspirations in terms of the slice of life approach and the condensed timeline in which the film unfolds. I sometimes describe Bassendream as a kind of Magnolia in the world of 12-year-old kids.”

Barretto says he is influenced by a number of Aussie directors.

“Rolf de Heer has always blended and challenged the genres whilst creating a meditative style of filmmaking that is original and often humorous. Warwick Thornton’s Sampson and Delilah still remains a memorable viewing experience for me.”

Now in its 25th year, this year’s Revelation Film Festival is one of the most diverse yet featuring 26 feature films, 16 full-length docos, and more than 50 short films from 29 countries.

It’s a cliche, but there really is something for everyone from the French sci-fi film Planet X to an animated feature about Anne Frank’s life, diary and legacy Where is Anne Frank?

There’s also some cult films getting a rare outing like Slaughterhouse-Five, which premiered in Cannes in 1972 and won the Jury Prize.

The film is an adaptation of the book of the same name by sci-fi writer Kurt Vonnegut, known for his satirical and darkly humorous short stories and novels.

Directed by George Roy Hill (Butch Cassidy and the Sundance Kid, The Sting) the film tells the story of Billy Pilgrim a man who becomes ‘unstuck in time’ and shifts throughout his own life from New York to World War II, and into space on the planet Tralfamadore.

Starring Michael Sacks and Valerie Perrine, the film is rarely seen on the big screen and remains one of the cult highlights of 1970s cinema. The festival is also showing Unstuck in Time, an expansive 2021 documentary about the life of Vonnegut, covering everything from his childhood and experiences during World War II to his family life and celebrity.

Co-created by his director friend Robert B Weide (Curb Your Enthusiasm) the film is a heart-felt ode to Vonnegut.

Music is also well represented in the festival with the doco In the Court of The Crimson King.

Directed by Toby Amies, we are a fly-on-the-wall as prog-rockers King Crimson embark on their eventful 50th anniversary tour.

The Revelation Film festival is on until July 17 and showing at Luna cinemas across Perth including Luna Leederville and Luna SX in Fremantle.

Bassendream is showing at Luna on SX on July 15.