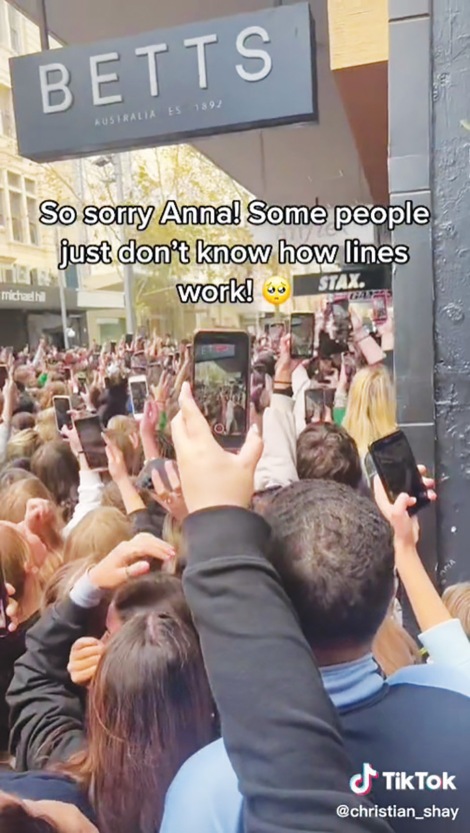 THE CBD is always looking for more “activation” but it got a bit too hot to handle on Sunday August 28 when police shut down an overcrowded meet-and-greet with a social media star.

Queensland-based risqué internet model Anna Paul was at an event to launch her collection for clothing brand Stax in the Hay Street Mall.

Fans had been staking out the store for hours and by the time the event started at noon the streets were packed and the lines were getting rowdy as accusations of queue-jumping were thrown around.

Within mninutes police shut the event down over fears the situation could get completely out of control.

The event followed a huge turnout in Sydney and big crowds in Melbourne, where fans chased Ms Paul’s car down the street after she finally found a low-profile exit route from the event.

Afterwards Ms Paul posted a social media video apologising for not running a ticketed event that could’ve kept numbers manageable, but explained she hadn’t due to wanting to keep the event free for everyone.