DAYDREAMING of the bone-melting heat of the tropics and the noise and pulse of a town on the Mekong, was preferable  to the miserable scene outside our window: rain slashed down, partially obscuring the water of Claisebrook Cove, and a cold wind howled.

It must be lovely sitting in the alfresco area or gazing out the huge windows of the Royal Cambodian on a sunny day, but this wasn’t one of them.

At the first bite of the fish cakes ($8) I was however transported back to my Cambodian daydream, as my taste buds lit up with the flavours of lime and coriander and a pleasant chili zing. 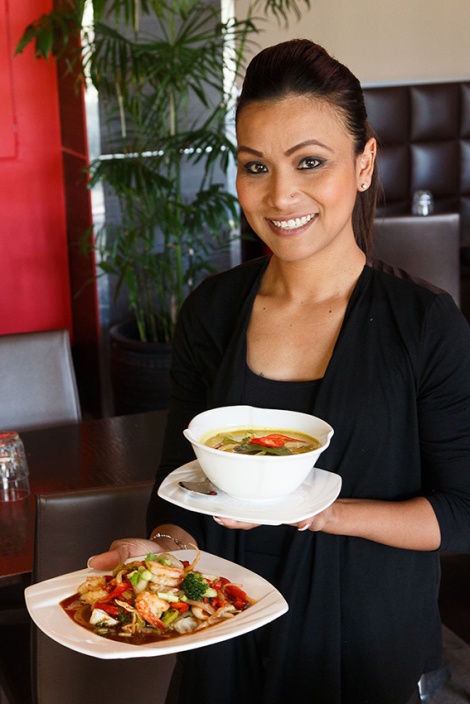 My lunch companion tucked into some delicious, crispy, chicken curry puffs ($8) and we tried not to fight over vegetarian spring rolls ($8) which were flavour-packed, crisp and piping hot.

Khmer cuisine is one of the world’s oldest living treasures but was almost wiped out during the murderously dark days of Pol Pot’s Khmer Rouge.

At a glance the menu seems very Thai—our helpful waiter says the neighbours have similar dishes but Cambodians use less chili.

Amok is the most notably Cambodian meal on the menu so I ordered a vegetarian version for the ridiculously small price of $15—including a generous serve of rice—part of the special lunch-time menu.

From the first spoon full it was one of those “oh my God” moments, as the full flavours of kaffir lime, lemongrass, lime and basil infused in a magical coconut-based sauce exploded in my mouth.

Despite having over-done the entrees I polished off every morsel.

My mate went for a red chicken curry, also a generous serve and also bloody good value at a mere $13.

We were hard pushed to see how it differed to the Thai version, except maybe not as hot to the tongue, but it was fantastic. Tummies full and groaning it was time to grab the brollies and head off into what now seemed no more than a tropical sun shower.