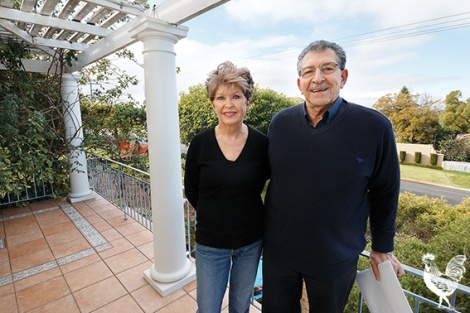 • Pam and Arthur Mistilis outside their Coolbinia home—keen to protect their big blocks from subversive infill. Photo by Matthew Dwyer

PLANS to allow non-family members to rent out granny flats in Coolbinia, Menora and Mt Lawley have locals up in arms.

The suburbs are covered by covenants allowing just one dwelling per 1000sqm: granny flats up to 70sqm were exempted, as long as family members lived in them.

Now, the WA government has changed planning rules allowing granny flats in the covenant areas to be rented out.

Long-time Coolbinia resident Arthur and Pam Mistilis say it’s effectively bulldozing covenants that have been in place for more than 80 years.

“We are fighting to have the covenants upheld and stop infill,” Mr Mistilis says.

“It is unfair for residents who bought specifically into this area because of the covenant and are now being steamrolled by the state government.”

Local resident Paul Collins, a former Stirling councillor, says it is, “very disappointing that the Barnett Government has once again during its tenure effectively removed the single dwelling covenant protection”.

Stirling city council is fighting a rear-guard action by proposing that future granny flats in covenant areas must be attached to the main dwelling: effectively ensuring the areas remain “single dwelling”.

“The amendment maintains the integrity of the existing restrictive covenants which were put in place in the 1930s to ensure that garden principles were maintained and would not be impacted by future changes in ownership,” he says.

A survey reveals just 38 per cent of locals support the amendment.

It goes before council next month.