A STATUE of John D’Orazio should be built and placed at Riverside Gardens says former Bayswater mayor Terry Kenyon.

Mr D’Orazio was mayor for 17 years and later a Labor MP and government minister. He died unexpectedly in 2011 aged 55 during surgery.

Cr Kenyon describes Mr D’Orazio, with whom he was on council for 15 years, as a great leader.

“We don’t want to forget about the massive contribution he made to the local community,” he says. 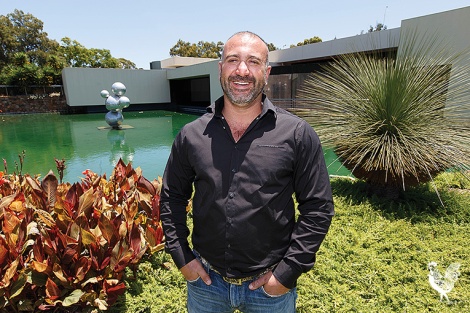 “He used to stay on Leake Street, just up from the Swan River, so I think a statue at Riverside Gardens would be an appropriate location.

“The man was a bit of a legend in Bayswater.”

Cr Kenyon says a statue would honour Mr D’Orazio’s council achievements, and not reflect his career in state politics, which was marred by skirmishes with the corruption and crime commission and his excommunication from the ALP.

Son Greg says his father is still remembered fondly throughout the community.

“The minute people hear your surname is D’Orazio they start to smile and reel off stories about my old man,” he says.

“He was a big personality and character and did a lot for Bayswater. People don’t forget that overnight.” The council will vote on the statue next month.