TIM WINTON worries about our boys.

The celebrated WA author says Australia has to rethink how it helps youngsters make the transition to manhood, saying we’re miserably failing them at the moment.

“I think one of the problems we have is that we don’t have clear and mutually understood pathways to manhood,” says Winton.

“There are no rites of passage for a male in Australia, there’s just getting pissed when you’re 18.

“We patronisingly affirm and admire other people’s rites of passage and their traditions, if we can safely exoticise them if they’re from Asia or Africa or if they’re indigenous, but when it comes to our own we get all creepy and weird about it. 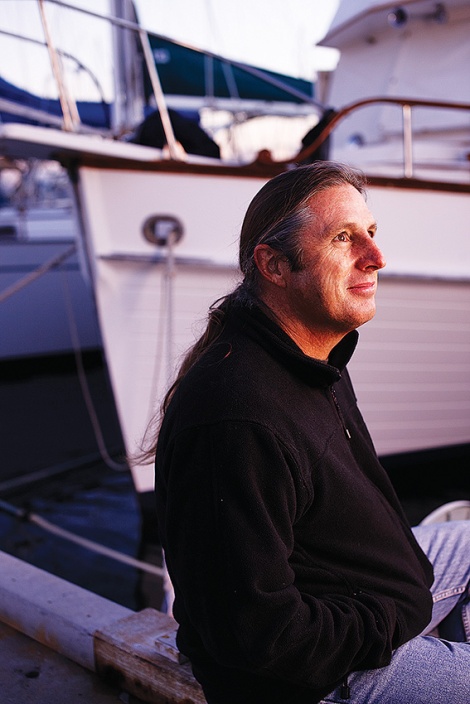 “We don’t enable our boys to grow by giving them appropriate language for their emotions. So we are surrounded by men who are emotional infants.

“What that comes out as is men wandering around the streets as ticking time bombs, with this unfocussed rage that’s just burning away.”

Winton says it’s a path he could have easily found himself on after an early life marked by near-tragedy and alienation.

In his latest collection of essays, The Boy Behind the Curtain, the author tells of sitting in the family’s loungeroom in Albany, staring down the barrel of his old man’s rifle at neighbours walking by. (Ironically, he’s now in the firing line of my questions; as a near neighbour I’d have likely been in his sights 45-odd years ago).

“To some degree it’s inexplicable, except I was trying to cope with this sense of besiegement, having moved to a new place, feeling that everything was us and them, that I could somehow reduce the world to – to objectifying my neighbours,” he says of his struggle to fit into the whaling town’s lower-class suburb Spencer Park.

Winton shudders to think of the consequences had someone spotted his odd hobby.

“We all know that the earlier you come into contact with the justice system, the poorer your outcomes later in life.”

Winton says he was saved by his parents’ strong moral grounding — though his provocative questioning made him the wayward lamb in their church — and his discovery of writing.

“I’ve been really lucky, I’ve been liberated by language, from my origins in a state housing area, state schools, working class,” he says.

He says society will be a much safer place if men are taught a “safe language” to express their feelings rather than bottling them up.

“Women have every right to feel afraid of men as a result of the consequence of this emotional infancy.”

The Boy Behind the Curtain is Winton’s most intimate writing, revealing the episodes in his early life that had the most impact on him.

He says reaching middle age and financial security has given the opportunity to be a bit more reflective in his writing. He looks back in astonishment at his prodigious early output (“I put out 11 books in 10 years, that’s unbelievable,”) and says he can understand now why the literary establishment labelled him their “enfant terrible”.

To them he was like a whirlwind, but the label stung and he just wanted to fit in: he just didn’t know how to say it.

The Boy Behind the Curtain