COLOURFUL councillor Matt Buckels was first elected in 2009, adding a cheeky turn of phrase to debates along with a libertarian leaning which set him apart from other councillors more susceptible to NIMBYist complaints.

His early days were characterised by clashes with then-mayor Nick Catania, though he gets along more smoothly with the current mayor.

“The City of Vincent is almost unrecognisable compared to the council I joined in 2009, and that is because we’ve made brave decisions. We’ve overhauled what we do and how we do it and we’ve built an administration that really gets Vincent.

• Matt Buckels at his Leederville home. Photos on the hustings by David Bell

“I’m happy to say that John Carey has been a fantastic mayor for Vincent and will be a tough act to follow.

“If I didn’t think I could match him… I wouldn’t have put my hand up for the job”.

“I’d like to think I share such a position with many Vincent residents; we are a positive, forward-thinking, urban-savvy community and I think I’m well placed to deliver what we want from our city.”

With a background as a transport and urban planner and sustainability he says “these are the key issues facing the city as we grow, and I understand them and will put them front and centre of council’s agenda”.

One big change from the old guard is that he’d like to “unleash the potential of the amazing administration team that we’ve built. Over the past 15 years we’ve probably had the most hen-pecked administration in the state, but I think that it is time that we let them really show us what they can do.”

The 43-year-old father of two has lived in Leederville for 16 years, and with “very tolerant” wife Jess, a dog, some chooks, they’re “just a regular Vincent family”.

He says he’d also drop the day job and be a full-time mayor if elected.

EMMA COLE joined Vincent in 2013 after feeling short-changed by the council’s consultation over a development near her house.

Cr Cole says if elected she’ll be targeting more open space in line with a recent plan she floated with two other colleagues (“Vincent space race,” Voice, December 17, 2016), and will promote initiatives that strengthen communities, such as closing quiet streets temporarily so kids have a pop-up park where they can mingle. 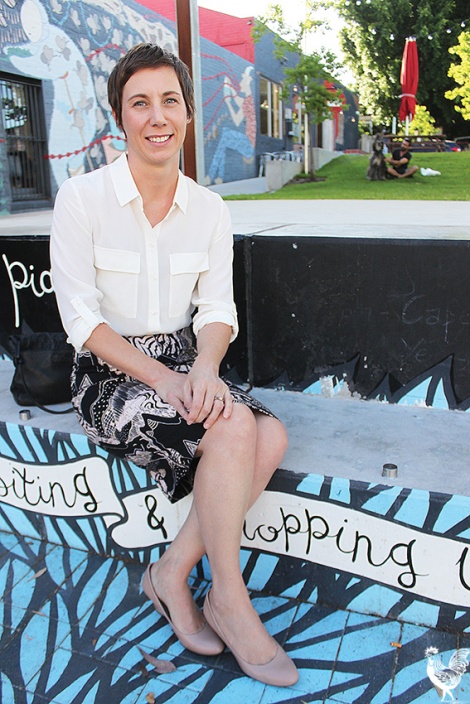 Cr Cole says after her unhappy brush with a development she’ll be advocating strict height rules so residents have clarity about how big new projects are, rather than relying on the whim of experts to determine whether they’re worthy of height bonuses for outstanding design.

She’s a Labor party member but unlike previous mayors (all served in either state or federal governments) she’s a far cry from a career politician, and says she’s not interested in seeking further office.

Cr Cole says her views on council issues are non-partisan: “For example I strongly support the abolition of Development Assessment Panels, and that’s not Labor policy.”

If elected she’ll follow Mr Carey’s suit in becoming a full-time mayor, leaving her job at the Health Department working in Aboriginal health.

on the hustings by David Bell