IT’S lawyers at 20 paces with the Oxford Street skyline in the balance.

The old car park across from the Re Store is owned by Suida International, and they want to build a $17-million, six-storey, 69-apartment block with offices and two eateries below.

The developer’s lawyers want this one grandfathered in under the old rules that gave DAP discretion to approve up to six storeys if they thought it was a you-beaut design. 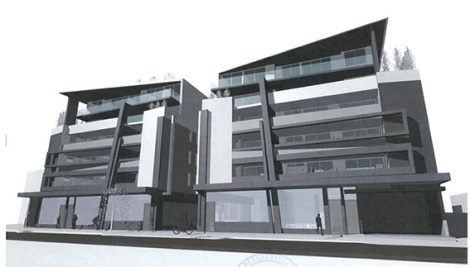 • The planned Oxford Street development would replace the empty car yard next to the Yugal Club.

New Labor Perth MP John Carey spearheaded the push for the reduced height limit when he was Vincent mayor.

He was in the public gallery at Tuesday’s DAP meeting, calling it a test case for the new limits.

“It does not compromise the existing character, amenity or compatibility of land usage in the immediate locality.

But nearby neighbours who attended Tuesday’s DAP meeting, including Liz Sinclair, say six storeys is too high and want the new rules to apply.

Their chief complaints include the building’s bulk, the lack of a setback onto Burgess Street, and a loss of privacy with apartments overlooking their houses.

They didn’t get to have their say on Tuesday: with lawyer’s advice flying back and forth, DAP members unanimously voted to defer the decision to get their own legal opinion from the State Solicitor’s Office about whether the old or new rules apply.