THE hip young architect whose home I was reviewing was quick to recommend Satchmo Cafe in North Perth for lunch.

It dawned on me that I had enjoyed a great meal there, shortly after it opened, about three years ago.

Satchmo is run by mother and son team Benedikte and Nathan Karnovsky, “With a seasonal menu that reflects both the traditional Jewish roots of the family and love of New Orleans cuisine and music,” Nathan says.

The Fitzgerald Street cafe is named after jazz legend Louis Armstrong, who was raised by the Karnoffskys, a family of Lithuanian Jews in New Orleans in the early 1900s. 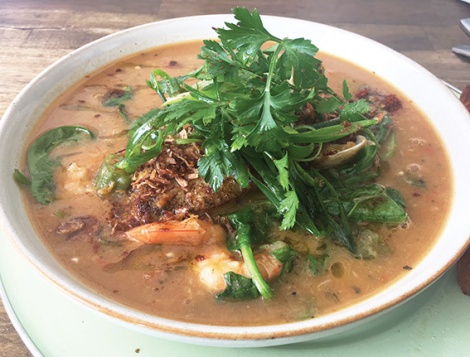 “Does your mother still make the cheese cake?” I asked Nathan.

“And does she still not use gelatin?”

“Yes, and definitely not,” was the swift, but smiley response.

I filed the information away for “afters” and ordered the Louisiana gumbo with corn bread ($18).

A staple in the south of the US, it’s not something I’d tried before, but I was instantly won over by the salty and slightly sweet spicy stew.

The thick, slightly glutenous gravy was teeming with prawns, clams, crab meat, fish and a medley of vegetables, including okra.

The thick slab of toasted corn bread was crumbly and delicious, its sweetness complementing the rich gumbo, and was perfect for mopping up the last drop of gravy. 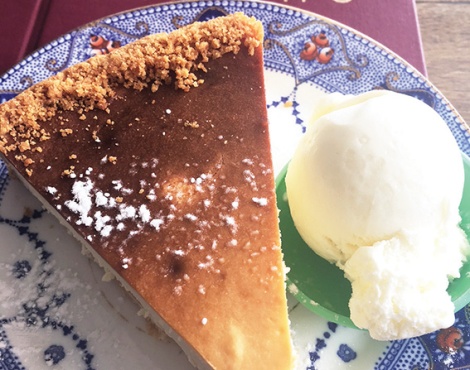 I took home a couple of Knish, a Jewish pastry filled with sweet potato, spinach and caramelised onion ($16), for dinner.

The huge parcels had a beautiful balance of flavours and were magnificent.

And the cheese cake ($7.50) was just as I remembered—light and fluffy, with not a hint of gelatin, and delicately flavoured.