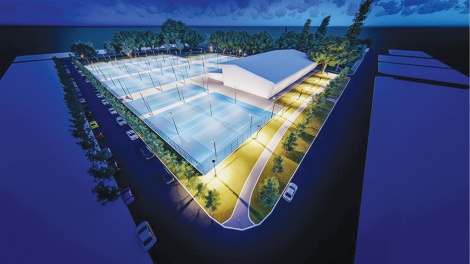 ROBERTSON PARK is no longer in the running to be the new home of WA Tennis after Vincent locals voiced concerns over the loss of trees and open space.

Vincent mayor Emma Cole announced on her mayoral Facebook page on January 19 that the department of local government, sport and culture “has now confirmed that they will not be considering Robertson Park any further, given the concerns raised by the community, and Vincent fully supports this move.”

The existing state tennis centre in Burswood is subsiding and Tennis West is looking for a new home.

They’d prefer to stay put, but fixing the centre would cost between $40 and $50 million, about double the price of building a new one.

The state government and Tennis West shortlisted potential sites including Robertson Park, but the idea was unpopular with locals who formed a community group Friends of Robertson Park and created the website “Save Robertson Park”.

Community consultation was open until January 31, but before it had finished the Robertson Park idea has been sunk.

Perth MP John Carey, who walks his dogs at Robertson Park, also thought the centre would have been “too intensive”.

Tennis West CEO Michael Roberts told us “we thought the site was a good site, however we understand that residents were concerned about it. And council made the decision, and so did the [DLGSC] who are leading the business case, that it is probably best that we move on from Robertson Park and not include it”.

Mr Roberts said the other sites being considered will be made public next month after their reports are finalised.

The DSLGC tells us “the existing park would not be impacted” but in any case they add “the department has listened to feedback from the community and the local member.  Based on legitimate concerns raised, at this point – and unless there is a complete change in community sentiment – Robertson Park will not be considered further in the business case”.

The new state tennis centre will be used for training and administration and host some international tournaments, but any big ATP and WTP tournaments, or the Hopman Cup, would be held at Perth Arena.