Having eaten the crab linguine ($21), I can attest they have every right to boast.

Pandas dangle from the ceiling of this fresh and modern establishment, and the staff continued to smile as they dealt with the lunchtime rush on a sweltering public holiday. 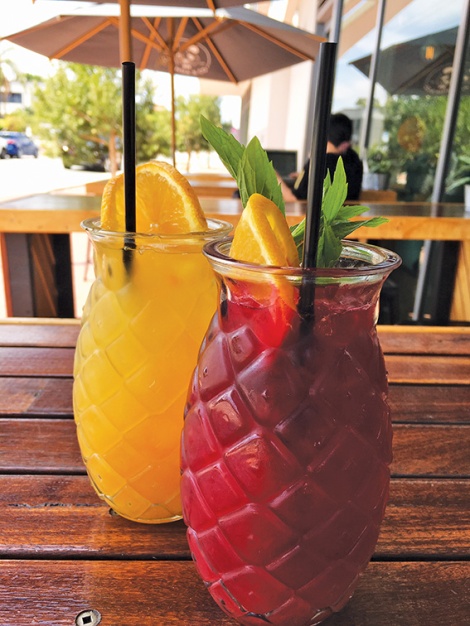 Indoors was packed, so despite the 40C heat the D’Angers sat outside with a couple of icy cold juices.

Our meals arrived promptly and I was slightly taken back at the Singaporean interpretation of linguine – a whole soft-shell crab sitting daintily on top of pasta noodles, looking like it was embracing the linguine with its claws. 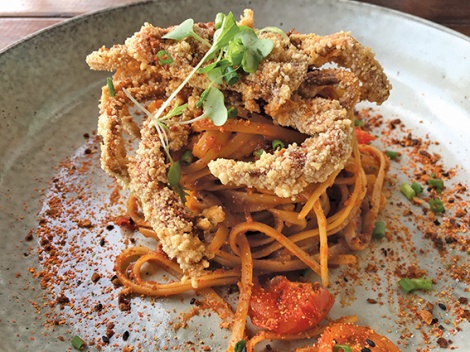 But this was a great fusion of cultures: the crab was crunchy on the outside and soft on the inside, and the pasta deliciously hot and spicy.

D’Angerous Dave went pure oriental with a stir fried udon ($18) topped with a perfectly cooked, just-runny egg, which he quickly stirred through the dish.

The thick noodles had a pleasantly smokey flavour and a great chilli twang.

He was a bit grumpy about having to go north of the river and leave Fremantle behind, especially in the heat, but was won over by his meal.

“My mouth is dancing like a samba party is going on in there,” he said.

We finished our meal with a couple of moist and flavoursome slices of lemon coconut cake ($5). 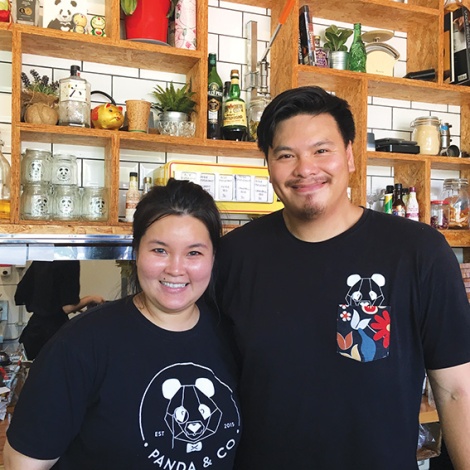