One vote, one value
HERE we go again – another election.
Why, oh why do we continue in the ridiculous preferential voting system where we have to vote for candidates we would never do.
They get the preferential votes which brings them into power and works towards an upper house fiasco.
Brexit has demonstrated the need for mandatory voting – you might not like who gets in but you have to register your vote.
But look at what is happening there: massive marches for those who do not subscribe to Brexit.
But how many of those chose not to vote; whereas here we have to vote but have this ridiculous system where our vote is diluted and those we would never have voted for are installed simply because they get preferential voting.
Just look at the mess this brings: it promotes hung parliamentary voting and gives power to so many we would never have chosen to vote into parliament.
Please, learn from the past and bring in one person/one vote.
Iris Bennett
Fenellia Crescent, Craigie

Kicking a cultural goal
KUDOS to the City of Perth, the Northbridge Piazza Screen curators and the team behind bringing the trautonium experience to Perth on Saturday.
Seeing Berlin’s master musician Peter Pichler perform a custom score to the film Metropolis on the early synthesiser was a cultural highlight of the year so far – and it was free.
I only wish more people had seen it. The turnout was decent given it was derby night, but this was the first time Pichler had toured outside of Europe and Northbridge Piazza should’ve been packed for such a rare event.
One upside of it being a smaller crowd was that Perth’s synthnerds got some one-on-one time with Pichler after the event for a bit of traut-talk.
Please, Perth, take a chance on these weird events – the football’s on every week but this machine may never be back here.
David Bell
West Perth 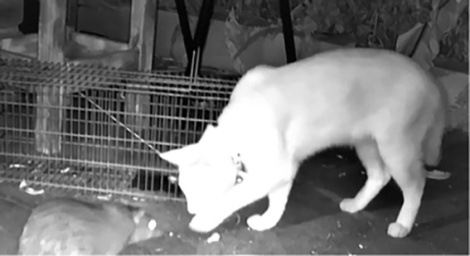 An urban catastrophe
THOSE of you from my generation will remember the packs of dogs roaming around chasing cats, cars, kids on bikes, and making a general nuisance of themselves.
Society moved on and now it is unsociable and illegal to let your dog roam around.
Most of us quickly adopted the idea that their dogs should be restrained but at the same time resisted any suggestion that cats should lose their freedom.
Freedom to kill being a major part of an inconvenient truth.
We have a number of quenda living in our back yard and it is such a thrill to see them pottering around doing their quenda thing.
We have a female who had a full pouch and we were looking forward to seeing the young become independent.
That was not to be.
Every night we have cats from all over the neighbourhood coming in stalking the quenda, and anyone who knows quenda know they are oblivious to the danger cats present.
The older bandicoots can often get away, the young ones can’t.
We have no surviving young joeys.
The cat featured in this photo is in our yard almost every night and it is just a matter of time before he kills a bandicoot.
Maybe he has already taken one of the joeys.
At this stage it is not illegal for cats to roam at night killing whatever they can.
The policy is to rely on “responsible ownership” and keeping cats in at night, which judging by my Bandicam is just not happening.
It seems cats have the right to kill, wildlife does not have the right to live.
My question to cat owners is this.
Why should our wildlife pay the ultimate price for your love of your cat?
These days with diminishing native wildlife numbers perhaps it’s time we brought in new laws preventing domestic cats from roaming.
And no I am not a cat hater.
I own an adored Burmese cat who even comes caravanning with us.
He is an inside cat with a catio and cat run and is walked on a leash.
I don’t like confining him but I like even less the indiscriminate killing carried out by cats.
For the sake of what wildlife we have left in the suburbs, let’s do our bit and confine our cats.
Jean Cleaver
Address supplied

We’ll ask before we dump
IN response to the Voice article “Vincent dumps verge pickups” (April 6, 2019), I wanted to let our community know that Vincent Council has not decided to end the verge junk collection.
We have a new Waste Strategy with an ambitious target of zero waste to landfill by 2028 so we are reviewing all elements of our waste practices, including bulk verge collection.
Whether we stick with the current verge collection or consider another method, the key issue will be maximising reuse and recycling and minimising waste going to landfill.
Vincent Council will be presented with some options before June.
However, we won’t be making a decision without then consulting with our community.
We know a change to verge junk collection impacts everyone, and there are those who love it and those who are not so keen.
Please be assured we are not making big decisions like this without informing you and asking for your views first.
Emma Cole
Vincent mayor