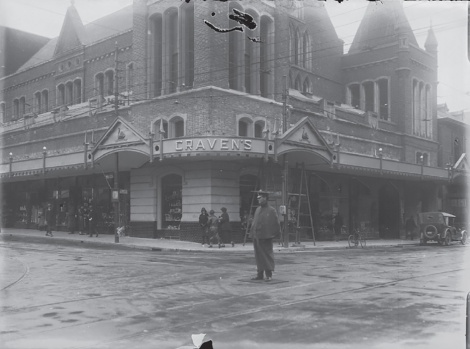 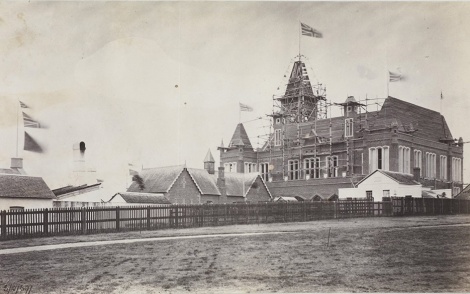 The Perth Town Hall under construction in 1869, from the State Library WA collection b3984988. 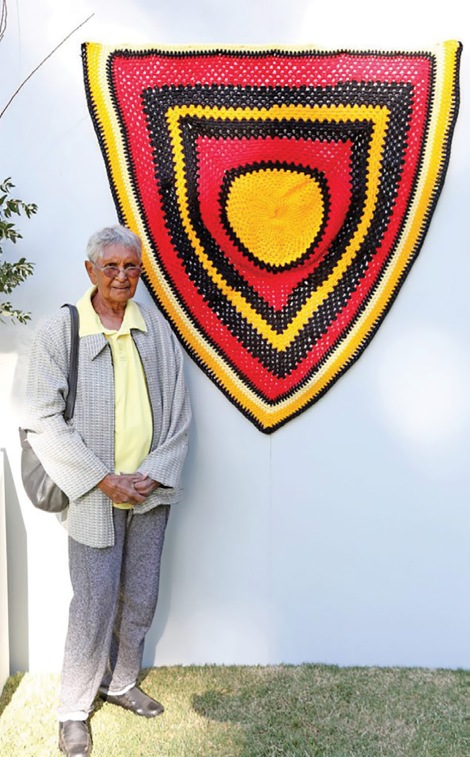 Elder Margaret Culbong did not have fond memories of the town hall, but is pleased to see some recognition that it was built on an important Whadjuk Nyoongar site.

A PLACE for “hospitality, sociability, and rational amusement for the people”: The Perth Town Hall has marked 150 years since its official opening on June 1, 1870.

Perth city council has marked the date with an online exhibition on the history of the building, the only town hall in Australia built with convict labour.

The hall was built as part of an 1867 public works initiative by governor John Hampton (who spoke the “rational amusement” line), which also saw construction of Government House.

It took three years to build, and he died in England in 1869 before it was finished; remembered for his harshness towards convicts and for using their cheap labour to save money while the state was in debt.

One convict, David Gray, worked as a bricklayer for the whole of the project. He received his ticket of leave in 1870, but stayed on for the last few months to see the job through to the end.

The exhibition is named “Kuraree” after the ridge of land it sits on, acknowledging the site as a meeting spot much older than the building, and the council brought in elders to tell the ancient and recent Whadjuk Nyoongar story.

Exhibition curator Caroline Bird said “Kuraree would have been an important meeting place for Nyoongar people. The town hall site was actually a favourite camp for prominent Whadjuk Nyoongar Miago and his family”.

Elder Farley Garlett recounts Miago’s history in the exhibition, saying “he was well-known among the settlers, and local papers often mention him as a messenger of peace and an ambassador”.

For a long time it was off limits to the traditional owners who were largely excluded from the city’s “Prohibited Area” in the early 1900s, requiring them to have a work pass.

Elder Margaret Culbong recounts not being allowed to go in the hall as  a child: “I think of the Perth Town Hall as one of the historic buildings in the city, one of the buildings which shows racism and discrimination,” she says in her recollection.

The prohibition was revoked in 1957, but Ms Culbong still felt no warmth for the place.

“When I was in my 20s I was nursing at the Royal Perth Hospital. I‚Äôd no inclination to go into the Perth Town Hall. That was White Man’ Building.”

In the intervening years she has visited, and was saddened there was no recognition it was built on a significant site.

“It’s important to bring that recognition back to our culture,” she said, “reuniting our young people to our history, our lore and our country”.

A keen crocheter, Ms Culbong started working on a woollen shield in the shape of a council coat of arms, but with the black, yellow and red traditional colours.

She says at first it had “no real significance, but then as I went along with the crochet it did begin to matter. It became something. It mattered. It had the white man’s shape and size but it was putting our mark and our claim on our country.

“All my grandkids and great grandkids will be excited to see my crochet shield… Recognition of Whadjuk people, Whadjuk land, Whadjuk country, I think it‚Äôs a good thing. It’s quite significant that there is something in there of ours.”

The online exhibition is up at kuraree.heritageperth.com.au