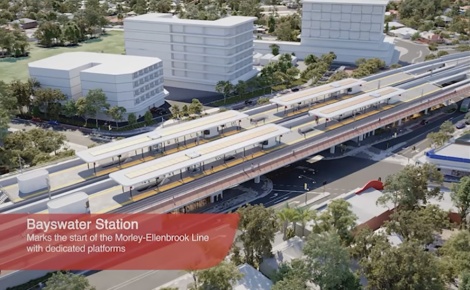 • How the Bayswater flyover will look.

ONE City of Bayswater representative will sit on a panel of five that will make decisions about the future of the Bayswater town centre.

The local representative is meant to “enable the community and local government to be involved in the development and delivery of urban renewal projects”.

One member will be from DevelopmentWA, and three others are appointed by the state government.

Bayswater council won’t even get final say over who its member is: It can nominate three options and then lands minister Ben Wyatt gets to pick one. This week the council nominated mayor Dan Bull, deputy mayor Filomena Piffaretti, and CEO Andrew Brien.

The 1:4 local representation ratio is a further watering down of the 2:3 ratio that make up Development Assessment Panels, with many controversial decisions across the city in recent years having recorded votes of three state-appointed members for, and two local councillors against.