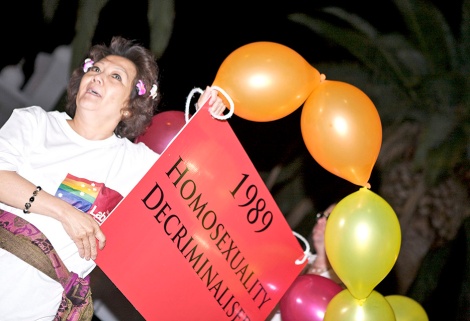 A Pride parade marcher celebrates the progress made. Photo from the PrideWA archive.

FIVE decades of activism by the local LGBTQI+ community is being celebrated in an interactive timeline project, with organisers calling out for memories, memorabilia and photos to tell the tale.

Rainbow Futures WA is a consortium of LGBTQI+ groups and individuals who’ve come together to focus on the community’s long-term wellbeing.

They’re collaborating with Vincent council’s local history centre team for the Rainbow Past, Present & Futures project to document the story so far.

The timeline starts with the founding of the Campaign Against Moral Prosecution back in 1971 and tells of the many grassroots groups that followed as they sought reform in areas of law, health, sports, culture, media, and First Nations advocacy.

People with flyers, photo, ephemera or stories are invited to bring them along to a workshop on November 21, and you can also register your interest in having an oral history recorded.

The workshop is free for all ages and it starts at 2pm at the North Perth Town Hall. You can also send info or photos to rainbowfutureswa@gmail.com to have them added to the timeline.