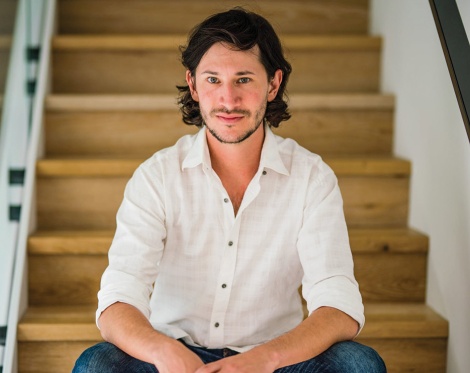 Christian Mauri was motivated to help capture other families’ stories after his own went through a big health scare, so he started Family Tales.

CAPTURING and cherishing family stories to ensure they aren’t lost to time is the focus of Family Tales.

“I select just 20 to 30 of their favourite stories, the stories which I find quite insightful, and I create a much smaller book, almost like a book of Aesop’s Fables,” Dr Mauri told the Voice.

“Which can sit on the coffee table, so you can pick it up, turn to page 20, read to page 23 and that’s fine, or you can read it from beginning to end.”

Audio recordings enable future generations to hear the voices as they’re reading, bringing them closer to the ancestors.

Dr Mauri uses his background in disability services and sociology, and research skills, to make the interview process easy and enjoyable.

“I also will look into the place where the person is from. So, I interviewed a Sicilian man, and I was arriving to the interviews with maps of his hometown; he had never seen Google Maps before. I’d say ‘where’s this? How long was the walk from here to there?’

“All of these different prompts, so that when it comes down to it, the person being interviewed doesn’t actually need to do too much cognitive labour to get started, I bring the prompts for stimulation.”

Dr Mauri says the process is a “therapeutic cognitive exercise for senior citizens.

“Which is awful, because if you’ve led a full life, and you want to impart some wisdom, you want a willing audience. You want somebody to honour you.

“That’s a big part of what I’m doing as well. I am honouring people with a fascinated ear.”

Part of the inspiration for Family Tales came from Dr Mauri’s own experience when he almost lost his own mother. He said it was too stressful to record her life himself at the time, while other online services were severely lacking.

“We all have at the back of our minds, the intention, the well-meaning plan, to spend more time with our parents, to gather their stories, and to put them in some kind of document,” he said.

“We just don’t know how to go about it. And oftentimes, we won’t start moving on it until it’s too late.”

“One of the most insightful stories that I have about my mum was when she was, working in a cafe in Switzerland; it was just like a random job. But the story that she told about it, the way her eyes lit up actually revealed a lot about what kind of person that is,” he said.

“So, a big part of Family Tales is recognising that the smaller memories, the smaller tidbits can be just as insightful as the big biographical pointers.”

Dr Mauri says to collect the remarkable stories before it’s too late.

“Do not wait until a crisis hits. Because crises can be so stressful, particularly for a senior citizen who’s experiencing them,” Dr Mauri said.

To get in touch with Dr Mauri head to http://www.familytales.com.au