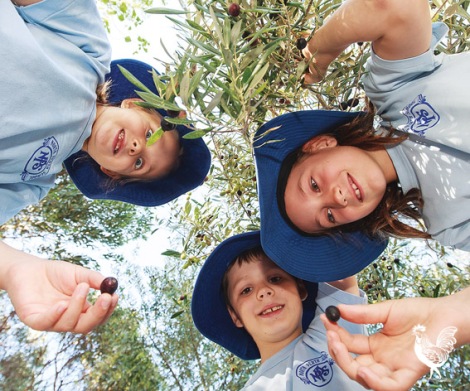 NORTH PERTH primary school kids are on the hunt for olives.

The kids are hoping people in the area will let them pick the fruit from their trees so they can make olive oil to raise money for the P&C. P&C mum Sonia Hills says they’re looking to fund a few projects including a new large climbing frame for the school oval and a nature play area, and they have an ongoing fund to help kids from struggling families cover excursion costs.

She also says it’ll help kids get to know the neighbours.

“We thought it would be a very nice way for the kids to get amongst the neighbourhood.

“It’s [about] community vibrancy and safety as well.”

The big harvest happens May 4 and 5 and then they’ll be processed at York Olives. They’re hoping to make 150 bottles of olive oil and name it “Harvest 6006” after the North Perth post code.

An old Greek, Macedonian and Italian suburb, there’s a lot of olive trees around North Perth from when people used to press their own. If you live in the area and have a tree with spare olives, get in touch with s_hills@iinet.net.au