OPERA on a barge in Claisebrook Cove, arts markets in East Perth and creative pop-up shops are some of the ideas locals have come up with at the first-ever City Summits.

The community workshops, where locals discuss ways of revitalising the city, have proved popular, with 90 people attending in East Perth and 60 in West Perth, leading to the formation of a local precinct group.

So many Northbridge residents and traders signed up for the June 29 workshop, organisers have changed the venue to the State Theatre Centre. 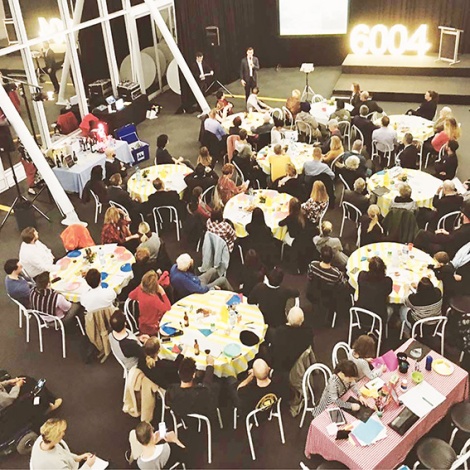 “We were blown away by the attendance,” says Perth MP John Carey.

“It’s been incredibly positive with a lot of fantastic ideas, and we were just asking three key questions: what do you love about your precinct, what do you think are the issues and problems, and what are your solutions?”

Mr Carey says he came up with the City Summit idea when he was doorknocking during his election campaign and the same issues kept being raised by voters.

At last Thursday’s meeting a lot of East Perth locals were keen on having their area become an arts hub.

Mr Carey notes “There’s lots of ripper ideas…they were saying, East Perth is a beautiful setting, but what if we could look at a creative way of getting pop-ups in vacant shops to encourage artists, or have an arts market around Claisebrook.”

“And West Perth is crying out for more nighttime and weekend vibrancy and life, so different precincts want different things.

“We’re not saying we all have to be like Leederville, but each precinct should have its own feel, its own identity.”

The three local forums will culminate in a mega City Summit workshop on August 19.

RSVP at http://www.surveymonkey.com/r/perthcitysummit or call Mr Carey’s office on 9227 8040.