PERTH Labor candidate Patrick Gorman says there’ll be no change to his federal by-election campaign, despite the Liberal party deciding not to field a candidate.

“It doesn’t change a thing for me,” Mr Gorman says.

“This is an opportunity to stand up and represent my community. I’m going to talk to as many people as I can and engage with as many of the communities of the Perth electorate as possible and I’ll doorknock as many houses as I physically can.”

The Liberal party’s state executive decided not to put up a candidate in the Perth and Fremantle by-elections as they thought it was a fait accompli.

It’s a contentious decision among the party’s rank and file as the Blues won the primary vote in Perth at the last election with 42.3 per cent, but preferences carried Labor’s Tim Hammond over the line.

Mr Hammond has resigned to spend more time with his young family, and Mr Gorman was quickly nominated as his successor. 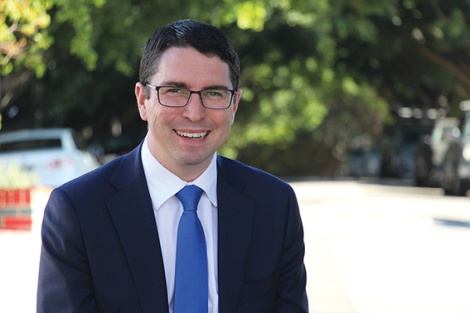 A proud policy nerd, Mr Gorman says the electorate is politically switched on: “One of the things I love about the Perth electorate is it’s full of people who are actively engaged in that public political discussion. You’ve got great community groups who are very active, I was at the Maylands street festival on the weekend and there’s a whole bunch of community groups who come and tell you what they think should be done, and it’s a very active discussion.

“You’ve also got businesses and think tanks and university campuses in that public policy discussion as well, so it’s actually a great part of the world if you are a policy nerd like me. And I don’t mind being that, because that’s how you change the country.”

His professional life’s largely been spent working for the party: Steeped in student politics at uni, he’d go on to work as an officer for MPs like Ken Travers and Melissa Parke, and he worked as a senior advisor to Kevin Rudd. He’s currently WA Labor state secretary and was behind Mark McGowan’s 2017 election campaign.

Labor had a policy to overturn the Barnett government’s ban on the octagonal cages used in the sport, which effectively banned the sport in WA.

Asked if a life in the party had left him a little short on life experience, he says “I think the important thing is you have to have done something in your life where you’ve learnt to listen to people. If you haven’t learn the skill of listening, that’s the really dangerous thing.

“I’ve been lucky to have jobs where I’ve learnt to listen, learnt to work collaboratively with people and also just deliver public policy outcomes because at the end of the day that’s the job.”