IT was only 11.30am but lunch-goers were already starting to file into the Chu Bakery in Highgate.

Clutching one of their tuna baguettes ($7.50) I made the most of a gloriously sunny autumn day and headed across the road to Hyde Park.

The in-house bread was wonderfully crunchy and the tuna and mayonnaise had a pleasant zing, perfectly balanced by thinly sliced cucumber and plenty of rocket.

Arriving back at Voice HQ with boxes of decadent sweet delights, there was no shortage of volunteers to put them to the test.

Even the reclusive accounts team emerged from their bolt-hole to sample the gooey treats.

A huge lamington ($5.80), lemon cheesecake, praline and chocolate eclairs, strawberry and cream tart, ($5.50 each) and a coconut croissant ($5.20), all disappeared in next to no time. 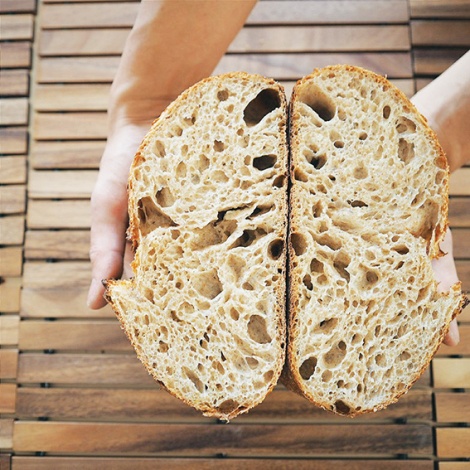 “The croissant is a perfect balance of sweetness and savoury; it’s light and fluffy without sacrificing flavour,” office manager Bryan said.

“My favourite was the croissant,” sales director Natalie chimed in.

The creamy cakes and tarts went down a treat, and the light choix pastry eclair filled with hazelnut praline was a big hit with accounts newby Maisy.

“It’s chewy and a bit like a churro,” the millennial said.

Grazing on a lamington she opined: “It’s light and fluffy and has a really good amount of coconut, not like the ones in the supermarket.”

Sales rep Ange was a fan of the lemon cheesecake.

“It’s nice and tasty, not overly sweet and not heavy,” she said.

Hailing from Germany, staff member Heike is known for her tough stance on anything substandard, especially food.

But she reckoned the strawberry tart had a good balance of flavours.

“It’s German-endorsed now,” she declared, licking cream off her fingers.

“There’s something homemade about it, it tastes of grandma’s cooking.

“In a world of packet food this gives me faith.”